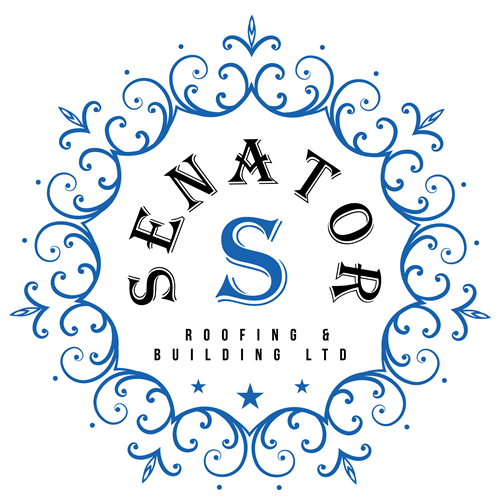 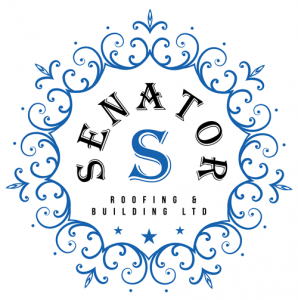 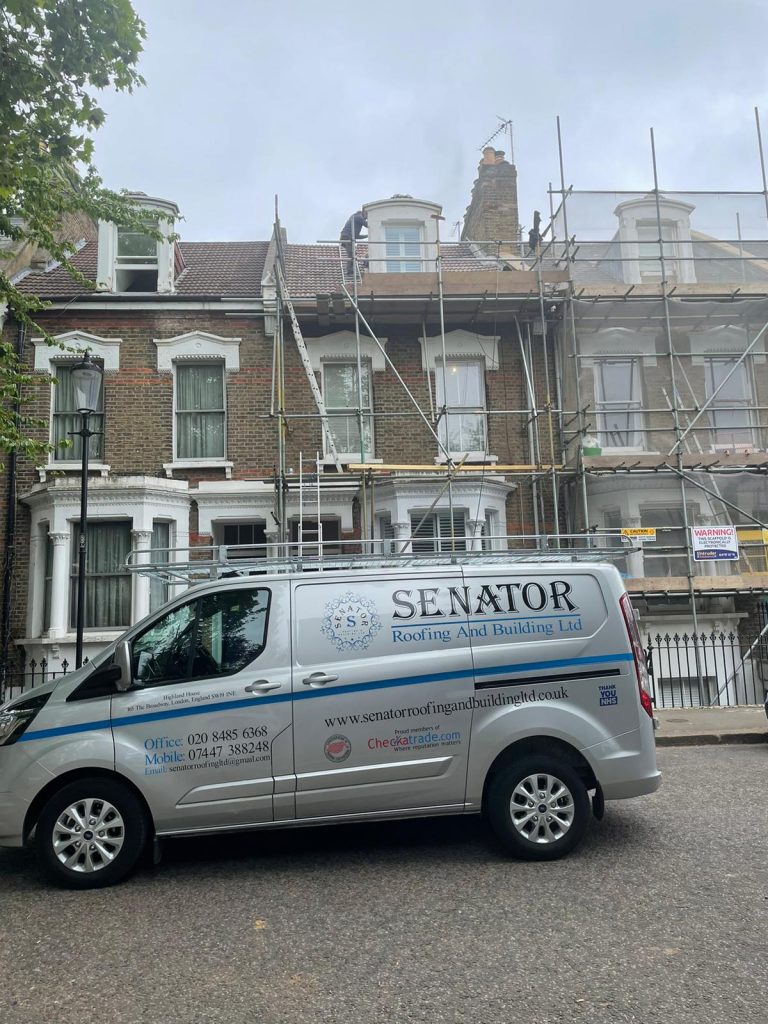 Description of works as follows: Erecting of scaffolding to both front and rear of property scaffolding came fitted with a hand safety perimeter to ensure of all personal while working on site Removal of existing tiles battens felt etc from then relining roof with all new tyvek breathable membrane all two by one pressurised treated […] 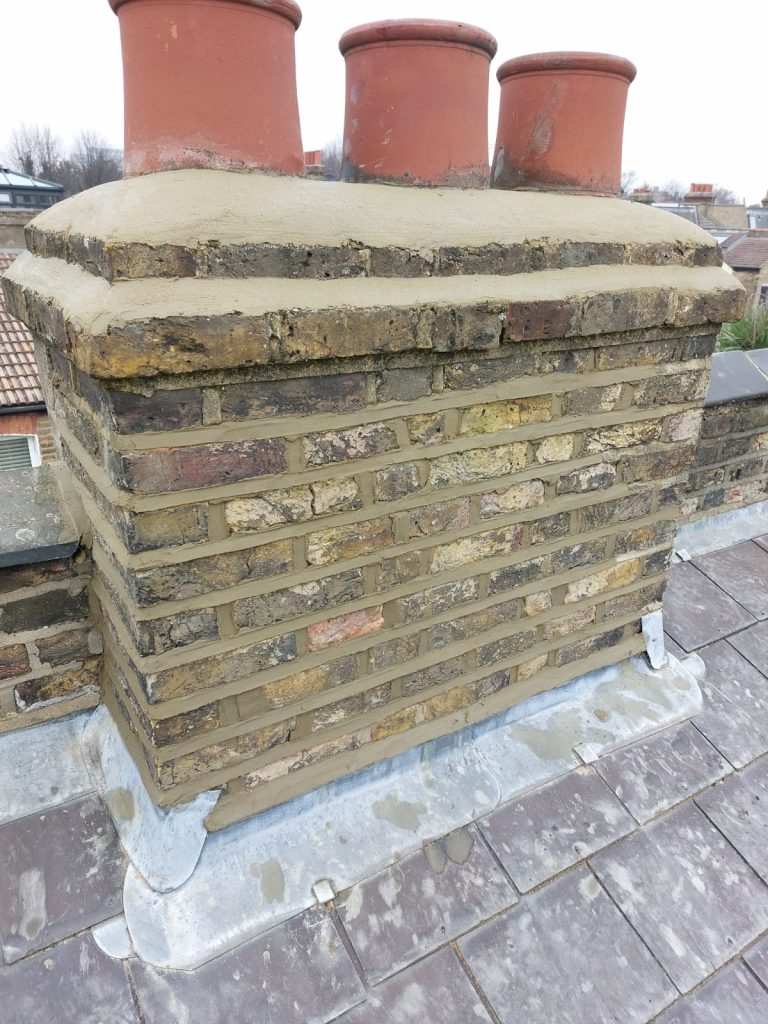 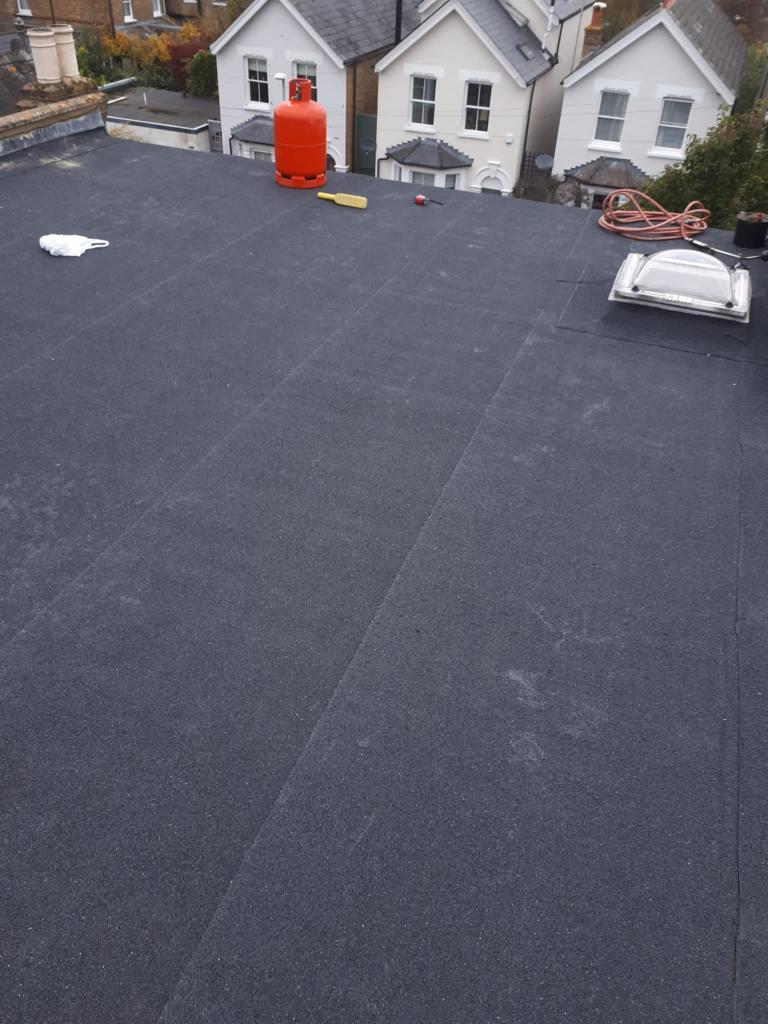 Description of works as follows: Erecting of scaffolding to front of property along with handy safety perimeter to ensure safety of workers while on site Recovering of existing flat roof with a three layer felt system Layer one is a layer of primar layer two is underlay and layer three a heavy duty torch on […] 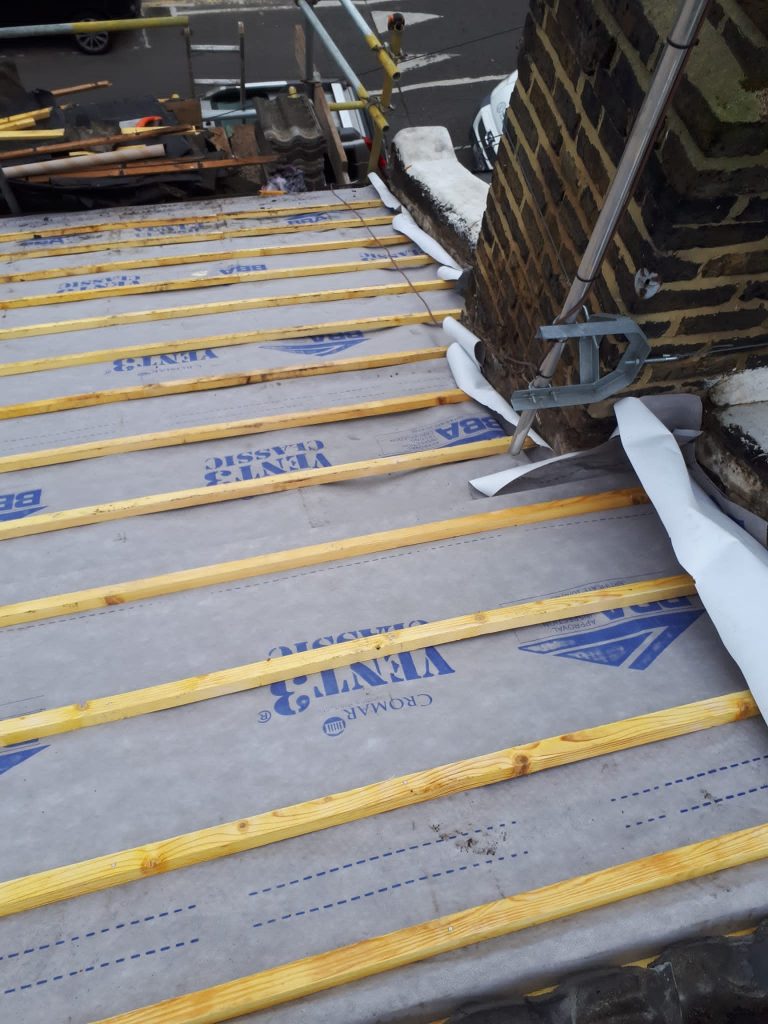 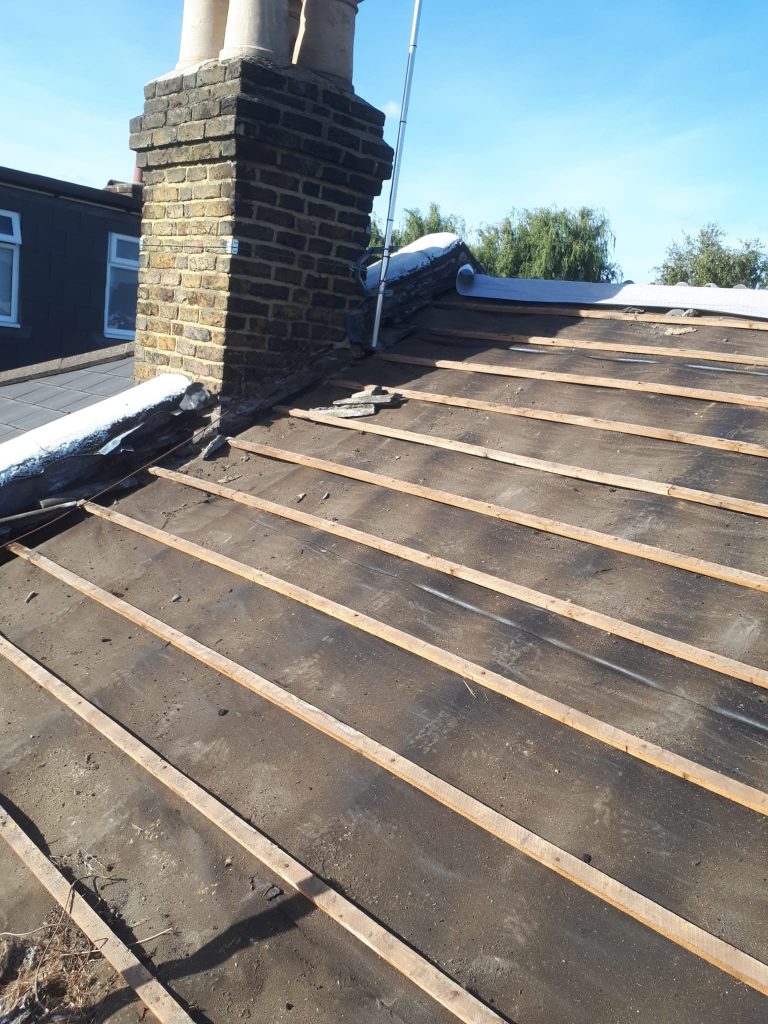 For this client in Wandsworth, here is the description of works as follows: Erecting of scaffolding and a safety hand perimeter to ensure safety of workers while on site Removal of existing concrete tiles batons felt Applied all new Tyvec breathable membrane All new two by one pressurised treated batons Reinstalling of customers original concrete […] 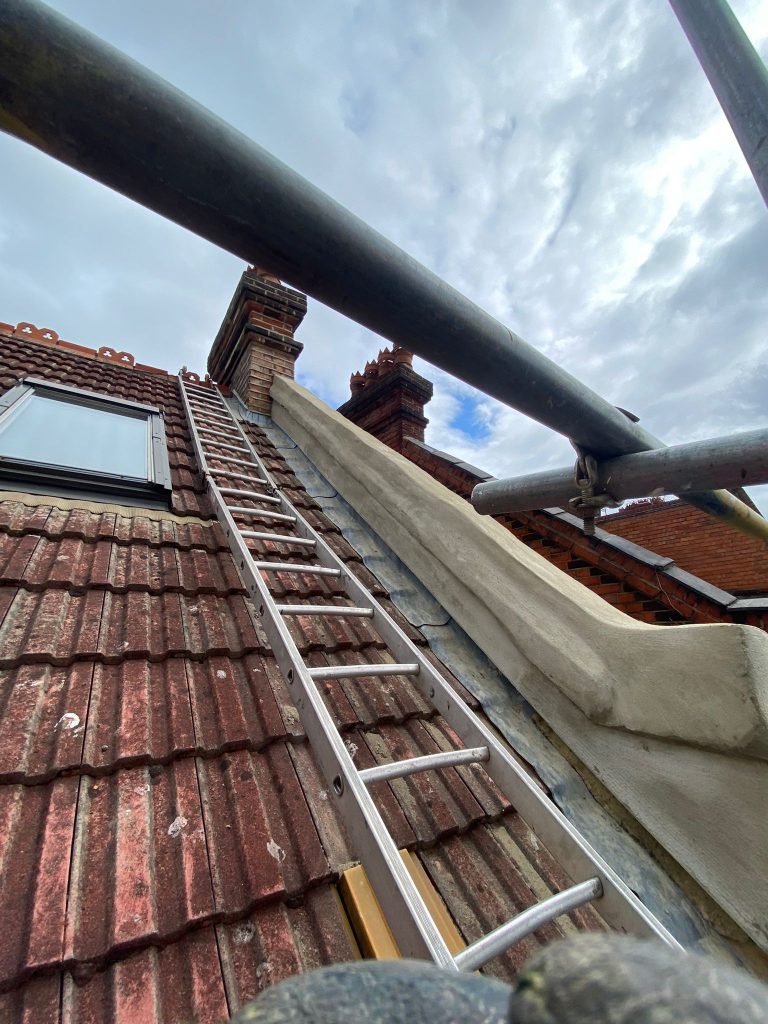 We re-rendered the parapets on this roof and replaced some felt and battens and rendered the valleys. 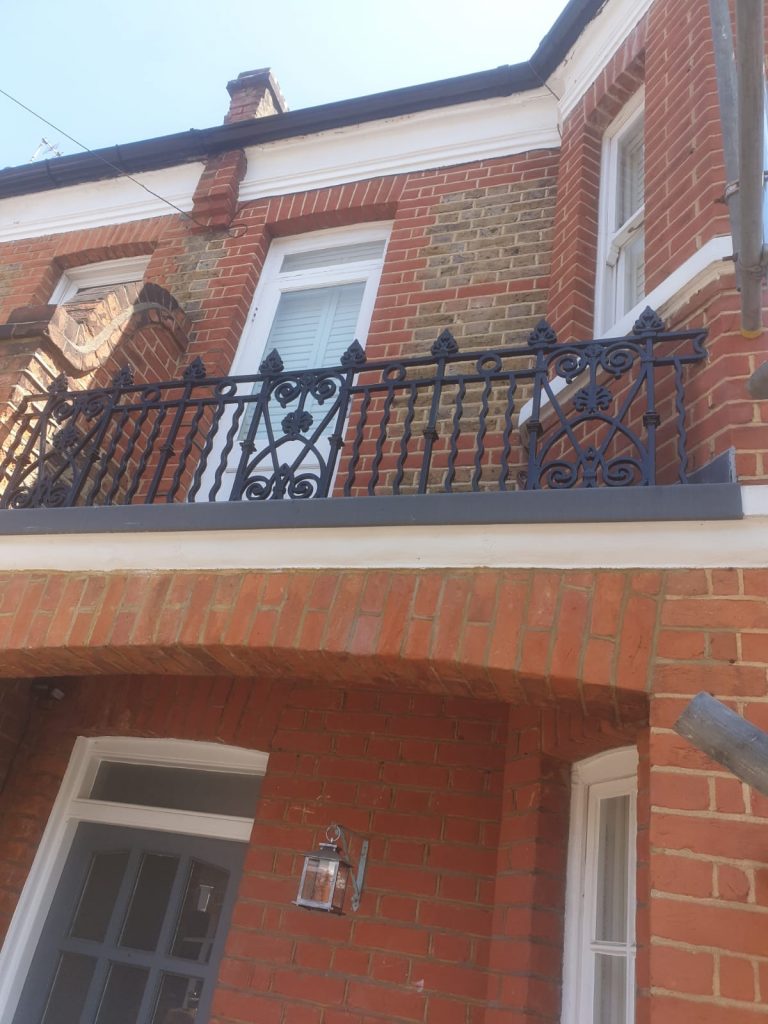 This is a selection of previous roofing jobs that we have completed, including flat roofs, pitched roofs, roof repairs etc. 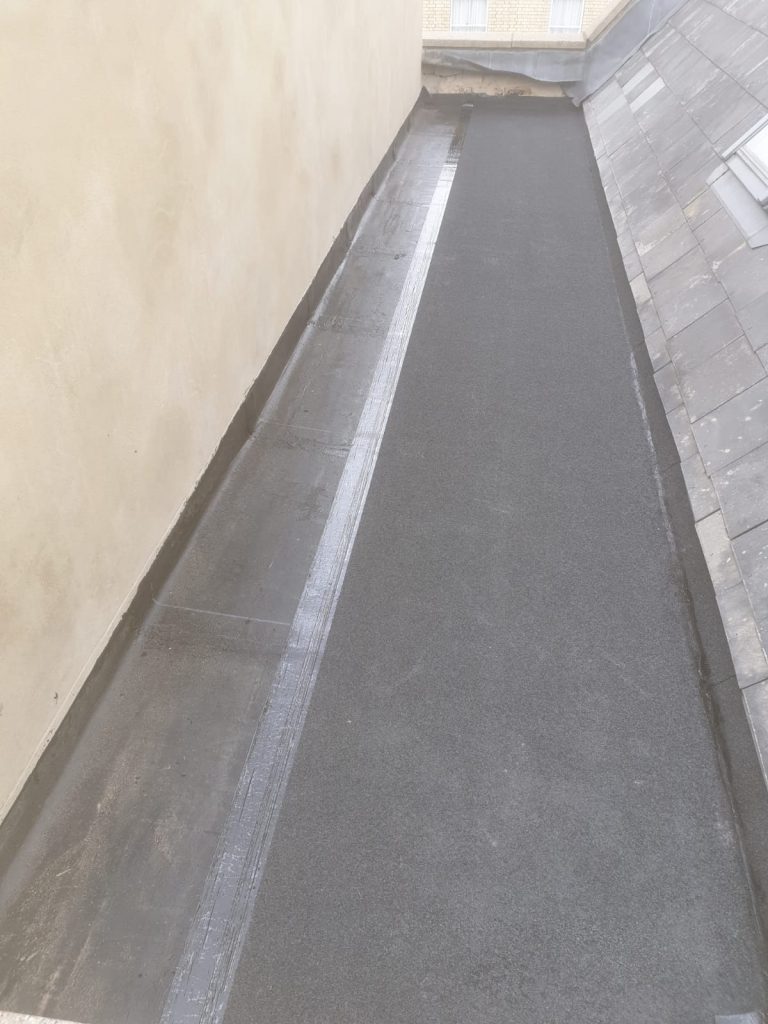 Flat roof replacement with all new 18mm OSB before 3 layers of felt – one underlay, one top coat and one layer of heavy duty, torch-on felt. This job was in London W6.

Repointing and rendering works carried out in W6, London 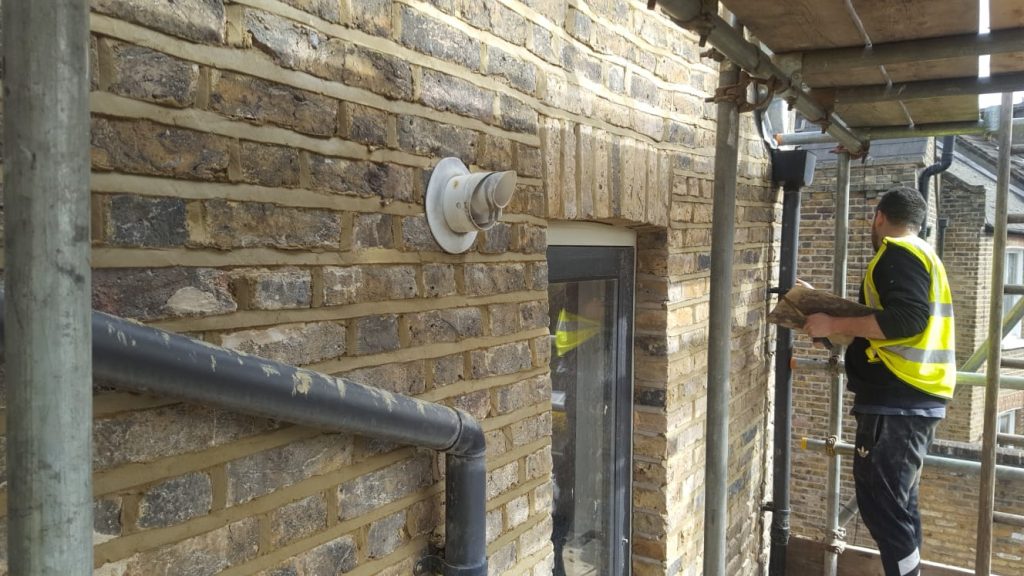 Please note, we are now VAT registered (number to follow)